I guess we might not always realise just who or what has inspired us throughout our life. I began to reflect a little – to remember just a few of those things that had inspired me and how my life had been influenced by them.

During my childhood we went on a few holidays to the Lake District in Cumbria. A favourite place of my dads and a great treat for us as a family – except – I’m not so sure we really appreciated the beauty of our surroundings at the time! I do recall walking the lanes in pouring rain – but – I believe that those times birthed in me a love of the beauty of nature that has inspired me so much throughout my adult life.

Books have also played a part in inspiring me throughout my life. Reading of the experiences of other people – who did such inspiring things – made an impact that stayed with me. One such book was God’s Smuggler by Brother Andrew.

It was many years after I had read the book that I found myself with the opportunity to go to Hong Kong and smuggle Bibles into China.

What an experience that was! To actually see for myself just how much it meant to Christians in China to be able to read a  Bible for themselves and to own one! This only happened for me because I had been inspired years previously and then again later in life  by others who had dared to take up the challenge.

A few years later I was not expecting to be inspired at all when I went with my husband to deliver some cargo to the Anastasis Mercy Ship which was docked in Wales at the time.

We were invited on board and were able to see the work that was done in Africa. I was inspired!! And – guess what – two years later we went to serve with that very ship in Africa.

During our time with Mercy Ships we were also privileged to work with the Africa Mercy. Wonderful years – so full of inspiration for us – all because we ourselves were inspired!

Those are just a few of the things that come to mind – that have inspired me – but the one thing that has inspired me more that anything else is my faith. My faith inspires me to see beyond myself – to recognise that there is One who is greater – bigger – One who cares for me – as well as caring for everyone else. I am inspired by His life – by the way He lived – the things He taught – and most of all for loving me so much that He gave His life for me. 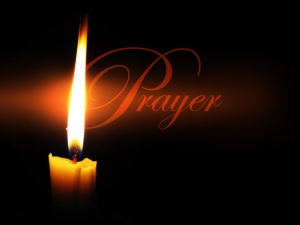 As I have been inspired – may I inspire others

Encourage them to dream – to act – to achieve

Spur them on – inspire hope and build their faith